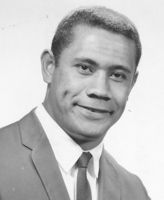 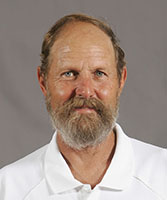 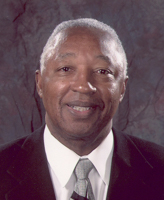 Each year, Michigan State University inducts several Spartans into the MSU Athletics Hall of Fame, celebrating key moments and individuals in the university’s history. Three College of Education alumni were among the five inducted on Sept. 30, 2017.

Robert Apisa, B.S. ’69 (Physical Education), was recognized twice with first-team All-American honors during his years playing football, from 1965-67. He helped the Spartans win back-to-back Big Ten and National Championships. In 2016, Apisa premiered his documentary “Men of Sparta” at the Traverse City Film Festival.

Joseph Baum, M.A. ’80 (Health & Physical Education), “emblemizes Michigan State soccer,” said MSU Athletics upon the Hall of Fame announcement. He was a player, assistant coach and head coach for a combined 39 seasons. He was recognized as a Big Ten Coach of the Year three times, and retired in 2010.

Clarence Underwood, B. ’61 and M. ’65 (Health & Physical Education) and Ph.D. ’82 (Higher Education), served as an administrator and mentor for MSU Athletics. Among other roles, Underwood was the athletic director for three years. Alumna Sian Beilock, Ph.D. ’03 (Kinesiology and Psychology), has been recognized for her academic career achievements and progressing education in several ways:

In January 2017, she was announced as a recipient of the Troland Research Award from the National Academy of Sciences. The award is given to two scholars who are no older than 40 and have unusual achievements in their career and contributions to the field of experimental psychology. Beilock researches anxiety and performance in high-stress situations.

In February 2018, Beilock was inaugurated as the eighth president of Barnard College in New York. Previously, she spent 12 years at the University of Chicago as the Stella M. Rowley Professor of Psychology.

Melody Arabo, B.A. ’01 (Education) and M.A. ’04 (Curriculum & Teaching), was chosen as part of the Class of 2017 for Emerge Michigan. Arabo joined more than 20 others in a five-month in-depth training with the program, which helps women become inspired to run for office, and provides tools and a support network to help them win. Arabo, from West Bloomfield, Mich., was Michigan’s Teacher of the Year in 2014-15 and has taught in the Walled Lake Consolidated School District since 2002.

Teresa Belote was chosen as the next superintendent of St. Joseph County Intermediate School District in Michigan in April 2017. Belote, Ed.D. ’15 (Educational Leadership), was previously the superintendent for Bronson Community Schools.

In February 2017, Judi Brown Clarke was honored with the Sustained Effort Toward Excellence in Diversity award during the annual MSU Excellence in Diversity Awards. Brown Clarke, M.S. ’95 (Physical Education & Exercise Science), is the diversity director of the NSF Bio/Computational Evolution in Action Consortium (BEACON) at MSU. She is also active on a variety of boards related to science research and STEM education.

Lansing School District Superintendent Yvonne Caamal Canul was one of two to receive the AASA Women in School Leadership Award in March 2017. The award, sponsored by AASA: The School Superintendents Association and the Bill & Melinda Gates Foundation, recognizes female educators who are creative, talented and make a difference in the lives of their students. Caamal Canul, M.A. ’77 (Elementary Education), received a $1,000 check and a yearlong membership to AASA.

Adam M. Coughlin, M.S. ’02 and Ph.D. ’05 (Kinesiology), was recognized with the Terry Ishihara Co-Curricular Involvement Award at Saginaw Valley State University. Coughlin is now a professor of kinesiology, and was recognized for his time as a faculty advisor for a variety of student organizations.

Fitzgerald Crame, a graduate of the MSU-Wipro STEM & Leadership Teaching Fellowship program, was selected as a 2017 Golden Apple Award recipient. Crame, a 4th-8th grade teacher at Edison Regional Gifted Center in Chicago, Ill., was one of 11 selected to receive the honor that recognizes excellent teaching. He received a $5,000 cash award and a tuition-free, spring quarter sabbatical to study at Northwestern University.

Kirk D. Cousins, B.S. ’11 (Kinesiology), joined the international nonprofit organization Every Child Fed as a member of the U.S. Board of Directors. Cousins is a quarterback in the National Football League.

In late 2016, Christopher Lubienski joined the faculty of Indiana University, Bloomington as a professor of education leadership and policy studies. Lubienski, Ph.D. ’99 (Curriculum, Teaching & Education Policy), is also a fellow at the National Education Policy Center at the University of Colorado.

Alexander Miller, M.A. ’02 (Student Affairs Administration), was appointed assistant dean of student life for Harvard College in 2016. In his role, Miller works with social life with upperclassmen, programing across campus and oversees advising for student organizations. Previously, Miller served as director of student involvement at the University of Chicago.

* The asterisk is used with the word trans to represent a wide variation of identities.

Kaushik Sarkar, B.A. ’11 (Elementary Education), started a new role as principal of Ottawa Hills High School in Grand Rapids, Mich., in the 2017-18 school year. Previously, he taught algebra and geometry at Kalamazoo Central High School, where he had been teaching since 2015.

L.J. Shelton was selected by NASPA (Student Affairs Administrators in Higher Education) to join the Emerging Faculty Leader Academy. The one-year program helps scholars develop and sustain a fulfilling career. She was also selected to serve a three-year term as a member of the ACPA (College Student Educators International) Commission for Professional Preparation, in which she helps examine the recruitment of new professionals and make recommendations for curriculum improvement in higher education graduate preparation programs across the country. Shelton, Ph.D. ’14 (Higher, Adult & Lifelong Education), is a clinical assistant professor of higher education and coordinator of the higher education master’s program at the University of Arkansas.

Stacy Slobodnik-Stoll, M.S. ’99 (Kinesiology), was among six individuals selected to be inducted into the Michigan Golf Hall of Fame; the 2017 nominees were inducted on June 3. Slobodnik-Stoll is the head women’s golf coach at MSU, a position she’s held since June 1997.

Michael Straus was recognized with the Department of Kinesiology Professional Achievement Award in April 2017. He graduated from MSU in 1992 with a B.S. in physiology and focused his studies with many athletic training courses. The athletic training major was established in 2007; Straus has been a supporter of the program ever since. He is director of the Clinical Athletic Training Program at MSU and the physician’s assistant for the MSU field hockey team and the Lansing Lugnuts. He is also a sponsor of the Athletic Training Lecture Series at MSU and has two awards named in his honor: the Athletic Trainer Academic Excellence Award and the Athletic Trainer Academic Achievement Award.

Darrian Tanner, ’09 (Secondary Education–English), was recognized with the High Impact Teacher award from the Florida Department of Education in March 2017. Tanner, who teaches at Liberty High School in Kissimmee, Fla., was recognized for her role in marked improvements to her students’ state standardized reading scores.

Alumnus Jon Vondrasek, B.A. ’97 (Education), was recognized with an Excellence in Education Award by the Michigan Lottery in April 2017. A middle school science teacher in Michigan’s Farmington Public Schools, Vondrasek received a $500 cash prize and $500 grant.

Lisa Weise, ’95 (Secondary Education–Science), was recognized with a 2017 Teacher Innovator Award by The Henry Ford. The award celebrates educators who demonstrate creativity, ingenuity and critical thinking skills. Weise, a biology teacher at Holt High School in Michigan, was one of 10 grand prize winners.